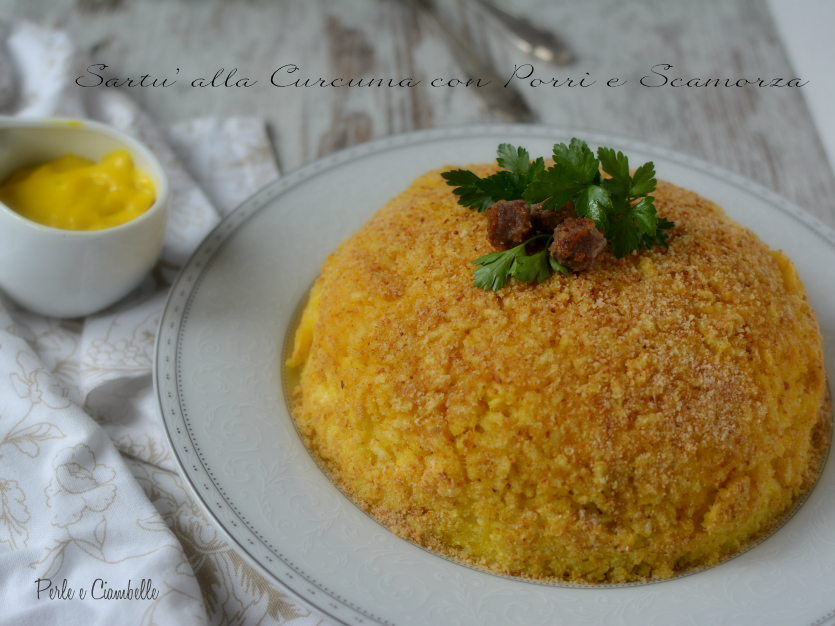 SUCCESSFUL AT THE CURTAIN WITH PORTRAIT AND DRAWN

Also this month for MTChallenge, a recipe for me completely new! Our Marina Bogdanovic of the blog “Madamoiselle Marina”, winner of Challenge No.64 with its amazing terrine, has packed the art of this month’s challenge No.65: The Sartu ‘!

As with all the challenges presented by MTChallenge, I read the recipe briefly and quickly, just to give me an idea to see if the proposed challenge is “in my ropes” or if I have been away from my idea of ​​” kitchen”!

Here, as in the case of last month’s bowl, I was also caught up in a sense of inadequacy: sartu is not a part of our gastronomic heritage, in the Marche the only “timballo” known in all families is the classic lasagna, called “timballo” or the famous “vincisgrassi” maceratesi, very similar to each other, albeit substantially different.

I find with pleasure that sartù is of Neapolitan origin. When in the 700, during the Bourbon of the Two Sicilies, French chefs working with many Neapolitan aristocratic families, aware that the Neapolitans had a real aversion to rice, all considered a little tasty food, decided to make it appetizing with tomato sauce, fried eggplant, peas and meatballs: success was guaranteed, so to become one of the typical dishes of the Parthenon cuisine.

The French name of this dish, “sar-tout”, was soon adapted into “sartù”.

Here, after discovering the origin of this dish, and after reading and re-reading the post of Marina, I decided to try ….

I just tell you that while I was preparing for the “little” home, so small it was no longer, he watched me carefully because he had already realized that something good was about to be prepared. Well, “the little one” did savor with the sartu.

And I said everything.

With this recipe I participate in race n.65 MTChallenge

SUCCESSFUL AT THE CURTAIN WITH PORTRAIT AND DRAWN 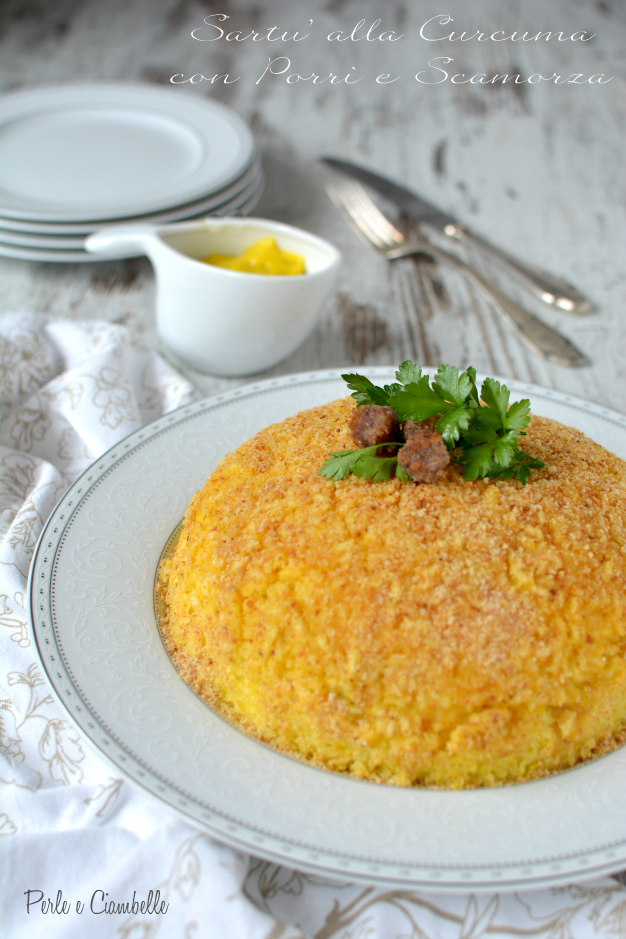 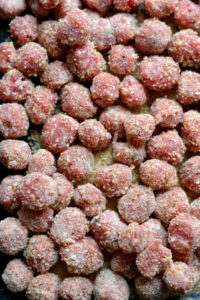 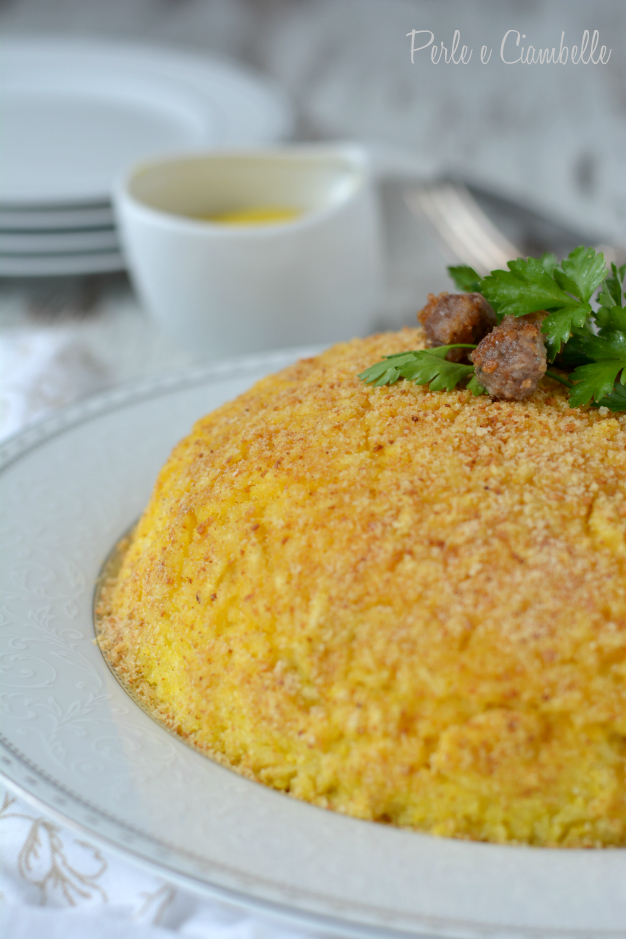 Begin preparing the meatballs that will have to be as large as hazelnuts. Mix the chopped meat with egg yolk, parmesan cheese, bread sliced ​​in milk and well-pressed, salt, pepper, nutmeg and chopped parsley.

Amalgamate the ingredients well and make the meatballs. Pass them in the grated pan. Heat an olive oil, add the meatballs and cook it gently. Turn off the fire and keep it aside.

Cut off the outer part of the leek, slice it into thin slices. Heat an olive oilline, add a crushed garlic clove and add the cut veal. Salted, mixed and graded in a lively fire with white wine. Cover with a lid and finish cooking. Turn off the fire and keep it aside.

Boil plenty of water for cooking the rice. Add the butter and just come to the boil, join a handful of large salt, turmeric powder and rice. Stir often and cook until 3/4 of the total cooking time, as it will continue to bake in the oven once the sardine is made.

Then cut the rice well to the tooth and pour it into a large bowl. Let it cool and join as eggs and pecorino, mixing it well.

Cut the thin slices and keep aside.

Now warm the oven to 180 ° C and in the meantime proceed to compose the sartu.

Apply the mold (I could not find the one for the sartu and I used a dome mold, those used for the Parrozzo or Zuccotto). 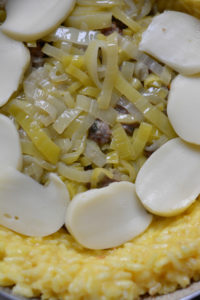 Close the sartu with the rest of the rice so that it fills the filling inside.

Cook in the oven for about 45 minutes.

Sprinkle and cool for at least 20-30 minutes before gently baking on a serving dish.

Before bringing the bacon sauce to the curcuma to accompany. 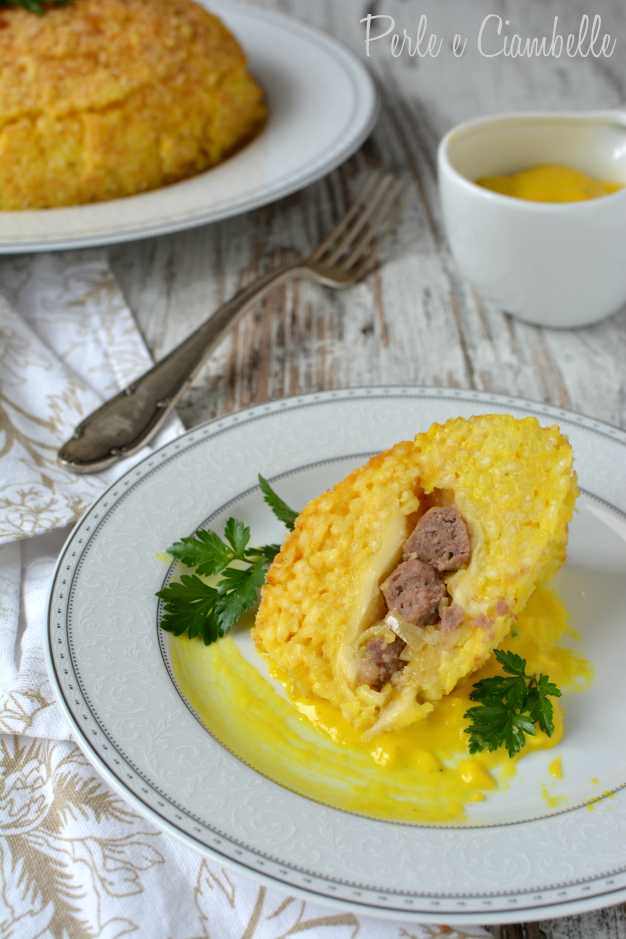 Heat the butter in a saucepan, combine the maize and turmeric all over one shot, mix quickly away from the fire with a wooden spoon and combine the milk, a pinch of salt and chopped parsley stems, put on the fire always stirring until to thicken the béchamel. 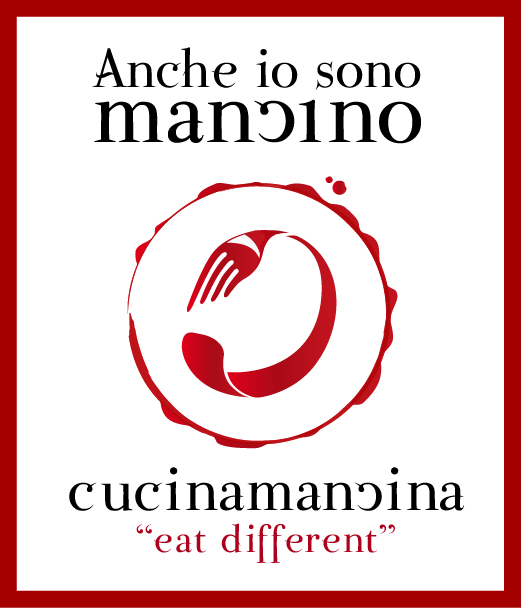 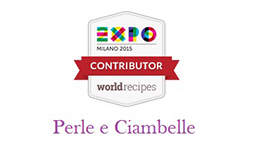 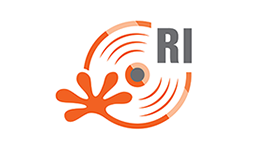 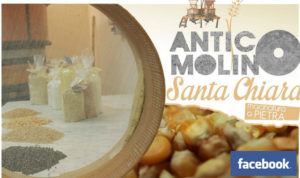 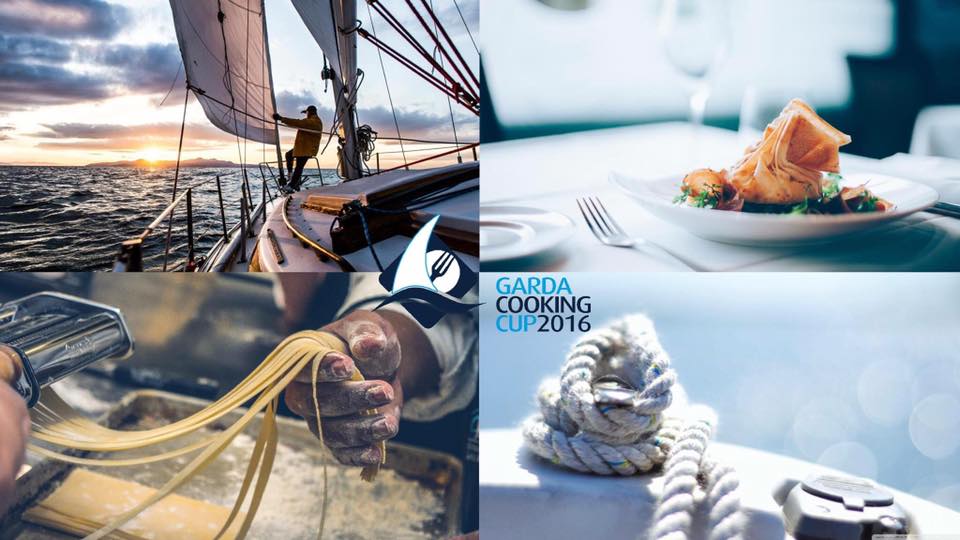 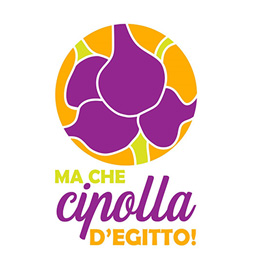 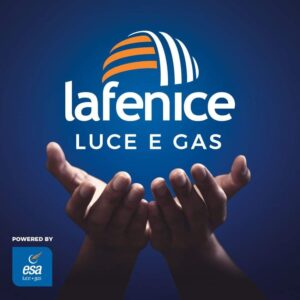